Since 2000, the global pulp and paper industry has made much progress decarbonizing its operations to mitigate climate change. According to the International Energy Agency (IEA), “… the sector has experienced a decoupling of energy use from production thanks to energy efficiency improvements and process integration measures.”

In fact, between 2000 and 2017, the IEA estimates that, while global paper and paperboard output increased by more than 25 percent, energy use rose by less than five percent. That positive trend is expected to have continued, if not widened, since the data was reported.

Nonetheless, even more reductions in energy use and emissions are needed to offset the growth in pulp and paper production expected in decades to come. Greater energy efficiency, alternative fuel sources, and carbon capture are three top ways to achieve these goals.

TOWARD AN EVEN GREENER INDUSTRY

One producer that aims to set the pace for both efficiency and green sustainability is Suzano, headquartered in Brazil, with 11 pulp mills and 10.9 million tons of current output a year. The company, which exports to more than 100 nations, also produces 1.4 million tpy of paper.

Suzano’s new, US$2.8 billion pulp plant— known as the Cerrado Project—is being built in Brazil’s municipality of Ribas do Rio Pardo in the state of Mato Grosso do Sul. It will be the world’s largest single eucalyptus pulp production mill, capable of producing the industry’s lowest-cost hardwood pulp with the least environmental impact.

When it is fully operating, the plant will have a capacity of 2.55 million tpy of hardwood pulp, boosting its annual output by more than 20 percent. Nearly 21 percent of the Cerrado Project’s construction is complete, with production expected to start in the latter part of 2024. So far, the project has consumed more than 6.5 million person-hours without any accidents. Suzano reports that construction is progressing on time and on budget.

The giant plant will have approximately 473 MW of onsite, fully renewable electrical power-generating capacity without using fossil fuels. Instead, production pulp waste will fuel three massive industrial steam turbine packages provided by Siemens Energy. The plant is designed to not only dramatically reduce energy use and emissions but also create a revenue-producing energy surplus averaging 180 MW a year that will feed into the nation’s grid. That’s enough electricity to power a city of 2.3 million people for a month.

In announcing the Cerrado Project, Walter Schalka, CEO of Suzano, described the project’s anticipated sustainability and developmental potential. “The new plant represents an important milestone in our long-term strategy,” he says. “Through our products, Suzano already reaches the lives of over two billion people globally, and we are committed to meeting the world’s growing demand for sustainable consumer products developed from renewable materials. This project will also make an important contribution to income generation and job creation in Brazil while increasing our carbon capture capacity through the expansion of our forest base.”

The new Suzano pulp plant took a completely fresh greenfield approach to maximize the efficiency and sustainability of its design. Suzano management and engineering teams looked outside the plant’s boundaries, as well as inside them, for quantum gains in key areas. For example:1

Forestry. The new pulp plant’s already-planted, fast-growing eucalyptus hardwood forest expands the Suzano forestry base to about 600,000 hectares (1.5 million acres), which increases the company’s carbon capture capacity considerably. As a result, the new plant already has all the needed hardwood to start production in 2024, plus 90 percent of what’s required for operations through 2030. This combined Cerrado Project forestry base is part of the company’s 1.4 million hectares (3.2 million acres) of planted and certified forests plus 1.0 million hectares (2.5 million acres) of forest lands set aside for conservation and, in some parts, restoration, as part of its zero-deforestation commitment.2

Mill production. Inside the plant, a single pulp production line will take advantage of economies of scale, eliminating redundancies of having multiple production lines, thereby reducing maintenance operating expenses and capital tied up in spare part inventories. Once production starts, Suzano expects to have the lowest cash production cost across its entire asset base. This will help its price competitiveness in world markets and provide investors with attractive returns even during adverse market pricing scenarios.

Logistics. As part of reducing emissions, the Cerrado Project will have a low average structural forest radius of only 65 kilometers—less than half of Suzano’s current structural average supply radius of 156 kilometers. This will enable the company to use half of the six-trailer trucks it normally would use, which results in a huge competitiveness gain through 25 percent lower costs and 15 percent lower CO2 emissions. Pulp will then be trucked about 230 kilometers (126 miles) to a rail terminal from where it will be transported efficiently 1,000 kilometers (621 miles) to Brazil’s Santos Port for shipment to overseas markets.

In addition to the Cerrado Project’s efficiency and sustainability goals, Suzano set out to achieve social and economic development goals for the plant’s surrounding communities. These include 10,000 well-paying direct and indirect jobs at the peak of work. Furthermore, once operating, the plant will employ about 3,000 people directly and indirectly in its industrial and forestry operations. With a population of only 25,000 people in the Ribas do Rio Pardo municipality, this number of permanent jobs will significantly impact the region’s economic development.

The Cerrado Project’s carbon capture capacity will also contribute to the company’s soon-to-launch carbon business. According to a recent investor presentation,3 Suzano has identified a potential pipeline of greenhouse gas (GHG) reduction projects that could save more than 30 million tons of CO2 emissions and be traded for substantial carbon credits. With a 2021 average carbon credit price of $4.73 per ton,4 the high-margin revenue potential for Suzano is significant.

The company’s planted forests; restoration and conservation of native forests; and a combination of energy-efficiency, renewable energy, and fuel conversion initiatives are all candidates to be included in its carbon business. The first project has already been submitted for validation with Verra, the world’s primary registry for carbon credits.

To understand how power generation at the new Suzano plant can provide the plant’s primary energy-efficiency and emissions-reduction levers, it helps to know where in a typical pulp or paper plant that energy is used and how pinch points can occur.

On average, 21 percent of production costs in pulp and paper come from fuel and electricity.5 This is not unusual for an industry that characteristically requires both heat for its processes and power for a myriad of pumps, blowers, and fans that pump water, remove fumes, or transport pulp and wastepaper. Industrial electric motors run these elements, designed for decades of service.

Over their lifetimes, electrical energy accounts for 95 percent of these motors’ total costs (with capital costs accounting for only 5 percent). Although the new Suzano plant’s remote location favored the decision to build its own onsite power generation, the plant still needed to build connections to the regional arm of Brazil’s grid to sell the 180 MW of excess power it will generate each year.

Inside a typical pulp or paper plant, pumps consume an average of about 25 percent of the plant’s power, while compressed air and fans use around 16 percent and 13 percent, respectively.6 These assets are where the pinch points limiting energy efficiency in the industry begin. They are connected to the way other assets and processes perform, from wasted energy use that could be used elsewhere to the calorific value of black liquor.

That’s why cross-disciplinary engineering teams involved in the project worked closely to prevent those pinch points from the beginning. They closely collaborated in thinking about the plant as an integrated whole, despite its vastness, with hundreds of interdependent systems spread across scores of hectares. The teams recognized that the failure or underperformance of one asset can affect others. For example, if particles might fly up from a recovery boiler into superheated sections because of poor combustion, valuable steam can be wasted that blows soot instead being pushed into the turbine to drive it.

Another example is what could occur if the steam entering the evaporator is superheated: It can damage the evaporator, pollute the condensate, and build up deposits in the boiler tubes and steam turbine—all causing a loss of heat transfer and power-generating efficiency. That loss can be surprisingly significant. Studies by Siemens Energy have found that, for every micrometer of buildup, some 250 kilowatts of energy can be lost.7

Three Siemens Energy SST-600 steam turbines, each equipped with two-pole, air-cooled industrial-grade SGen5-100A-2P generators and SPPA-T3000 Control System, plus auxiliary systems and services, will provide power in the plant. They will turn the steam from the plant’s giant boilers that will burn waste from the pulp manufacturing process. Together, they will generate as much as 473 MW of electrical energy, including the previously mentioned 180 MW of surplus energy that Suzano will sell by feeding it into Brazil’s national grid.

These steam turbine packages also include remote monitoring and management software that can potentially predict possible failures and technical faults before they happen. This way, technicians can decide if the issues are serious enough to warrant a partial or complete shutdown or if the issues can be managed until a scheduled plant shutdown.

The remote monitoring and management system also checks equipment health trends and exceptions against its normal operating signatures to detect performance anomalies—an increase in temperature or vibration outside of specified parameters, for example. Then, using a mathematical model based on the history of similar machines around the world, the software can provide the plant’s management and technicians with decision support that can help them avoid disrupting power generation.

Among other benefits, the predictive monitoring system will offer the Cerrado Project’s plant management the opportunity to postpone major maintenance intervals in the equipment from six to as much as 12 years. This can help to save maintenance costs. Equipment shutdowns can be planned to coincide with a general plant shutdown, maximizing equipment availability and return on investment.

For the generated energy flow, the Siemens Energy scope also includes the installation of 108 switchgears aimed at the energy distribution to the plant. This will be accompanied by an energy management system (EMS), as well as synchronism and load-shedding systems that will be responsible for the electrical supply to the main power plant process areas.

MODEL FOR A GREENER FUTURE

The massive Suzano Cerrado Project in Brazil provides a model for the entire pulp and paper industry on how foresight, planning, and engineering excellence can lead to a highly integrated approach to production that is cost-effective and sustainable in a rapidly decarbonizing world. For an animated flyover of the Suzano Cerrado Project, search “Projecto Cerrado” on YouTube.

Suzano’s Cerrado Project brings together several critical ideas at once in a facility specifically engineered to produce sustainable pulp and profitable bioenergy. Another place that brings these ideas together will be Providence, RI, Oct. 30 – Nov. 2, 2022, for the co-located TAPPI PEERS and IBBC Conferences. PEERS (Pulping, Environmental, Engineering, and Sustainability) offers CEOs, mill managers, superintendents, scientists, process engineers, and suppliers a program that targets key operational issues. IBBC (International Bioenergy and Bioproducts Conference) delivers a comprehensive technical program focused on critical issues associated with biomass. Attend both conferences for one registration fee—learn more at tappi-ibbc.com or tappipeers.org. 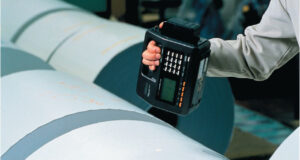